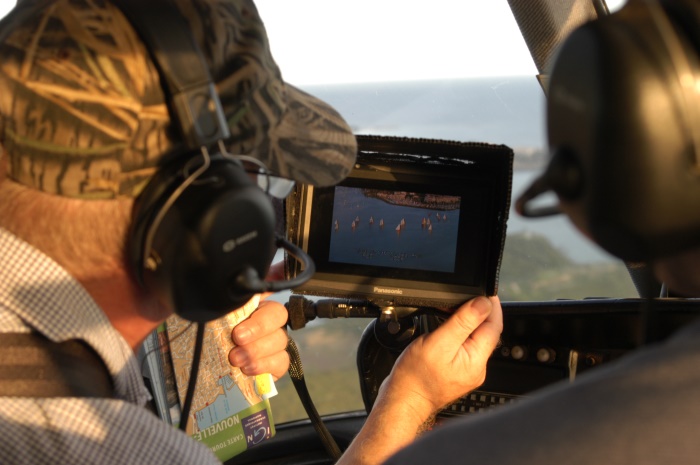 WHEN THE PILOT SAYS “UH-OH”

Shaun reckons the worst thing you can ever hear a helicopter pilot say is “Uh-oh” because you don’t know whether he’s just realised he’s forgotten his lunch or you’re all about to die.

When we’re shooting aerial video I rarely look out the window, because I’m usually watching the video monitor to see what the camera is seeing.

A few weeks ago, we were flying up a forested valley towards a sheer cliff, filming a cable car which ran down to the valley floor. I was head down, watching the video on my screen.

And then, beside me, the pilot quietly said “Uh-oh.”

Not loud. Not excited. Not panicky. Just a quietly chilling “Uh-oh.”

I looked up. Out of the corner of my eye I could see the pilot’s hands and feet moving rapidly. He seemed to be quite busy with the controls.

And ahead, through the perspex canopy, there was no sky. Just trees, trees and more trees, filling the screen from bottom to top.

Which was disconcerting, because the forest was supposed to be beneath us, not in front.

We had a big, heavy, million dollar Cineflex stabilised camera on a nose-mount, and we’d been flying quite low, accelerating forward to pass the cable car as it sank through the trees towards the valley floor.

A big gust of mountain wind raced up the valley behind us and stood the helicopter on its nose, aiming us at the ground.

I reckon sometimes it’s better not to look up.